Life Should Not Exist on Planet Earth – Yet, Here We Are!

In 1966, the atheist astrophysicist, Carl Sagan, who is widely known for his highly publicized explanation of the “pale blue dot” photo captured by Voyager 1 while looking back at Earth, reported that there were two requirements for a planet to be able to sustain life. Those two requirements are:

In the known universe, it is estimated that there are ≈ 1027 stars like our sun, and one in a thousand of those stars have a planet at the correct distance giving an estimated 1024 planets th 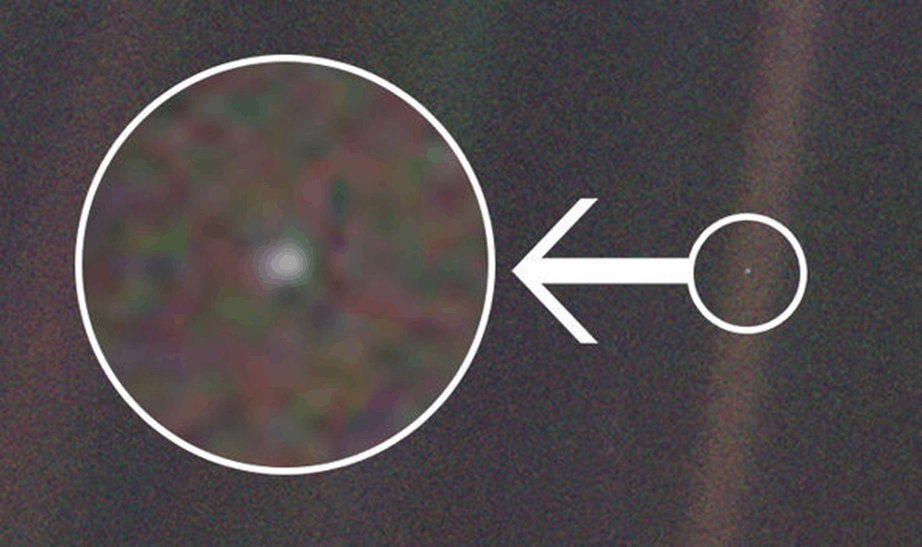 at could possibly exist and sustain life.

A rigorous and intellectually honest study of physics reveals at least 200 parameters required for a planet to sustain life. A Christian worldview provides an explanation for how that occurred here on planet Earth.

Since then, others have continued researching this topic. In 2004, one Christian astrophysicist, Hugh Ross, identified 200 parameters required for a planet to sustain life. Beyond the two parameters identified by Carl Sagan, some of the additional 198 include:

(Ross’ list is extensive, and if it is of interest, the complete list is available here for study.)

Considering 200 parameters, it is virtually mathematically impossible for Earth to support life.

And yet, here we are!

Planet Earth is truly a privileged planet. Studying the physics of the universe reveals that without an omnipotent, loving creator, life on Earth could not exist. This is good news reinforcing faith in a Christian worldview.

Truly, we live on a privileged planet in a finely tuned universe. The group from Illustra Media has produced a wonderful 90-minute video titled “The Privileged Planet” describing how and why Earth is privileged.  It is available to view here.

This is one of the many engaging topics we cover in our rigorous exploration of physics in Excelsior Classes Physics for STEM students.

Walt has served as Assistant Professor of Engineering Mechanics at the United States Air Force Academy teaching Statics, Dynamics, Mechanics of Materials, Aircraft Design, and Project Management; as Adjunct Professor of Science at Grace School of Theology teaching Physical Science to online students around the globe; as Adjunct Instructor of Physics at LeTourneau University; has taught Physics to more than 80 homeschool students since 2008; and has tutored scores of students in Physics, Advanced Quantitative Reasoning (math for non-STEM students), Geometry, Trigonometry, Algebra, Pre-calculus, and