This year, Excelsior Classes piloted a French IV class for students who wanted to take the next step in language learning. The focus of French IV is written and spoken fluency rather than just grammatical fluency. Over the course of the year, we read two introductory French novels: Le Petit Nicolas and Le Petit Prince. Each semester, in addition to studying the novels, students complete a creative extension of each novel. Most recently, students completed their final projects for Le Petit Prince.

In Le Petit Prince, we meet a young prince who leaves his planet in search of adventure, love, and friendship. The novel details his journey and his revelations along the way. On his adventure, the prince visits seven planets, each with unique inhabitants that have lessons to teach him about living well.

In their final project, students were asked to imagine that the prince visited an eighth planet. They were to write their own chapter (in French, bien sûr!) of the book where they describe the new planet, introduce us to its inhabitant(s), and teach a lesson that the prince needed to learn. After writing the chapter, students created a visual and presented to their fellow classmates in French. In their stories, the prince visited planets where a gardener had let his home become overgrown, a dancer performed for an old knotted tree, a college admissions counselor tried to control futures of her visitors, twins tried to keep their home from tipping over, and an old man chose to live in the midst of rain and gloom. Lessons the prince learned included that change is necessary, beautiful things can come out of painful seasons, the world is changed when people follow their calling, small things must not blind us from seeing the bigger problems, and that perspective is everything.

Check out some of the student visuals from their presentations. They produced original watercolors, animation, photography, and even an original dance! 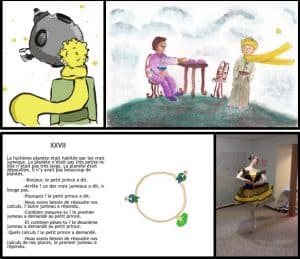 Overall, the most incredible thing about this final project was that it became so much more than that. Students ended up creating something deeply personal and touching, rather than just completing another assignment. I think that this embodies what I have loved most about French IV; we study the language and work hard, but each student walks away also having been changed as a human being.

If you are interested in learning more about French IV or any French classes with Excelsior, please feel free to visit https://excelsiorclasses.com/sarah-lehtinen/. 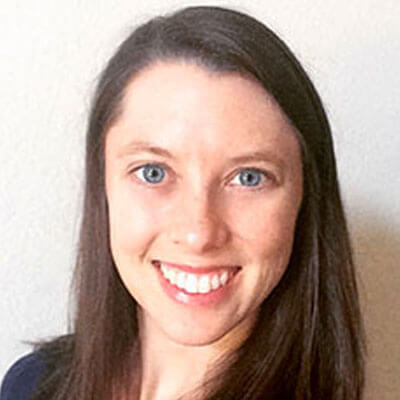 Sarah Lehtinen has always been a teacher at heart! In her French classes, she wants her pupils not just to be students of language, but also of the world. She feels that global citizenship is one of the best lessons she can teach through language. Sarah enjoys trying new restaurants, yoga, ballet, coffee shops, and hiking. She is married to Simon, a fellow French speaker. They reside in Charlottesville, VA. Sarah teaches French III for Excelsior Classes.