What Is The Electoral College and Does It Reflect The Popular Vote of The People?

If you examine Article II, Section I of the U.S. Constitution, you will not find the words “Electoral College” anywhere. Rather, you will find the system by which states appoint representatives, or “Electors,” to choose the President of the United States. Each state’s number of Electors is equal to the number of senators (2) and the number of representatives (based upon the state’s population). There are currently 538 Electors. A presidential candidate needs a majority, or 270 electoral votes, to win the office.

Why Is the Electoral College Important?

The Electoral College system is important because it helps prevent larger states from overpowering smaller states. Less populated, rural areas are accorded a voice equal to the more highly populated areas of our nation. Population is balanced with state equality. With the exception of Maine and Nebraska, all of the electoral votes of a state go to the winner of the state’s popular vote, regardless of the proximity of the vote. In only Maine and Nebraska, the electoral vote is allocated by congressional district.

How Are Electors Chosen?

The political parties of all 50 states and the District of Columbia choose their own slate of Electors. The process differs from state to state and may be governed by the national party or the state party rules. Whichever method is used, both alternatives result in each party’s candidate for president having his or her own slate of potential Electors. 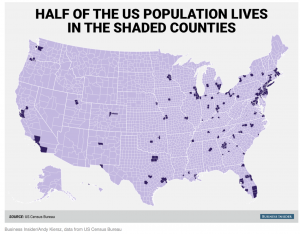 Does the Electoral College Reflect the Popular Vote of the People?

Without the Electoral College to balance population, the most heavily populated areas of our nation would hold hostage the less populated areas.   BusinessInsider.com published an article entitled, “22 Maps That Explain America” by Andy Kiersz on September 13, 2016, which depicts the handful of counties that comprise one-half of the United States population. Conversely, the map also illustrates that one-half of the United States population reside outside that small handful of counties, in the less densely populated areas. It is clear that without the Electoral College system, the less dense areas of our nation would essentially possess no voice in the election of our chief executive. Thus, even though the Electoral College system may not always reflect the popular vote of the people, the level playing field it provides remains the most equitable system for choosing our president.

If you would like to turn this blog into a fun activity for your students please download and print the question and answer key below and have them read this blog and attempt to answer the questions. 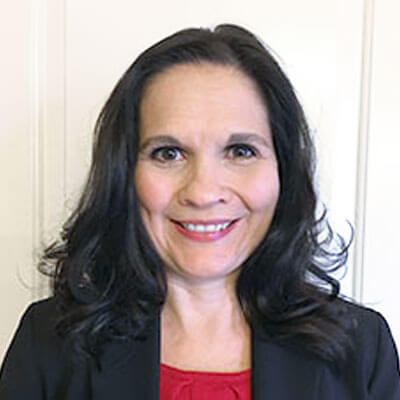