Ignite a Passion for Reading with Science Fiction

Is your student a reluctant reader but an avid consumer of movies and games with science fiction themes? Many find the themes frequently explored in science fiction — a passion for traveling through time to the distant reaches of the universe, the creation of artificial intelligences, or the unfolding of apocalyptic events — fascinating, and that fascination can be harnessed to improve reading pleasure and comprehension. 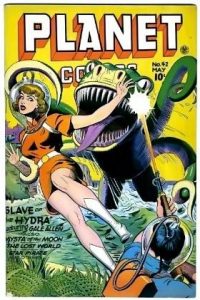 Far from being confined to trivialities, the best science fiction encourages readers to consider not only our future prospects — many of them on the cusp of becoming realities — but also our fears and hopes in response to those prospects. In a 2010 interview published by The Paris Review, Ray Bradbury, a master of the genre, defined science fiction as “the fiction of ideas . . . . Any idea that occurs in the head and doesn’t exist yet, but soon will, and will change everything for everybody . . . . The art of the possible, never the impossible.” New readers of science fiction are often pleasantly surprised by the philosophical depth contained in much of the writing.

Also, science fiction’s influence is substantial because of the genre’s popularity. Knowledgeable readers of science fiction will recognize many allusions to those works in our popular culture. Isaac Asimov’s Three Laws of Robotics, for example, are familiar to many Americans. Students who read and study skilled writers in the genre may someday themselves compose narratives that influence others. Or, as Eileen Gunn posits in The Smithsonian Magazine, their reading may lead them to invent technologies that affect all of us.

As with all genres, some poorly written science fiction does exist, and some includes graphic depictions of violence and adult situations unsuited to young readers. By making careful selections, though, parents and teachers can inspire students to overcome an aversion to reading because of the captivating thought and creativity found in the best of the genre.

The following links provide additional information about the appeal and influence of science fiction: 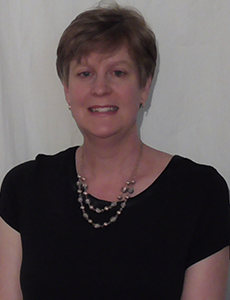 Marilyn Whitlock loves learning and sharing that love with others. She has a bachelor’s degree in English education, a master’s degree in English literature, a graduate certificate in instructional design, and has completed coursework for a Ph.D. in English literature with a concentration in British literature of the 18th century. As a Ph.D. candidate, she received a full academic scholarship, was a graduate assistant, and taught freshman composition. Since completing her education, Marilyn has taught in a variety of venues including public schools, private Christian schools, and within the homeschool community.