Considering Murder on the Sabbath

I doubt most people contemplate murder when they see their church leader out for a stroll on a Sunday afternoon–at least I hope not. Yet, that is exactly what happened to Jesus when walking through a grain field with his disciples eating wheat. The Pharisees confronted him about the labor laws on the Sabbath.

“One Sabbath, Jesus was strolling with his disciples through a field of ripe grain. Hungry, the disciples were pulling off the heads of grain and munching on them. Some Pharisees reported them to Jesus: “Your disciples are breaking the Sabbath rules!” Matthew 12: 1-2

Yet was this confrontation REALLY about having a snack?  No, this goes far deeper than that; it is an issue of the heart and not of the stomach.

“Opposition to Jesus had already surfaced…Now it erupts in a concrete issue that generates enough hatred to lead Jesus’ enemies to contemplate murder” (Gaebelein, 1984, p. 279)

Jesus was and is, without a doubt, a polarizing figure.  He was both a prophet and a pariah, depending on which side of the religious coin your opinions fell. He brought great joy to people the faith community considered outcasts and great fury from those considered religious authorities.

This story can serve as a gentle reminder that faith is, to a certain point, a lifestyle, but that it must go deeper or it risks warping into toxic behavior masked as righteousness.

A Matter of Movement

Scripture gives us laws to shape our lives by, a lifestyle, but it extends further from the letter of the law to the Spirit of the law, a movement.

“Unless you do far better than the Pharisees in the matters of right living, you won’t know the first thing about entering the kingdom.”

We all start out by understanding the law, what we should and should not do as a Christian. This helps to keep us spiritually healthy and avoid that which could destroy, but to end there would be like the faith of the Pharisees. Christians are called to something more expansive, something I would call a movement–that which is a collective way of living to advance a cause bigger than us individually to bring forth a positive change.

To embrace Jesus means we follow the law but live beyond it. To embrace the law (the lifestyle) so that we may live into our faith (the movement) and bring forward God’s kingdom by living above reproach and moving forward to embrace the expansive love of God and to share it with all the world. 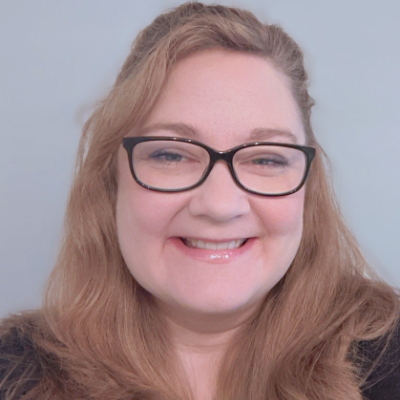 Shanais Strissel is passionate about seeing people learn and grow towards new potential and finds great joy in that process. Mrs. Strissel holds a Bachelors of Arts degree in Graphic Design from the University of Northwestern St. Paul and a Masters Degree in Public Administration from Indiana Wesleyan University at Marion. She has served as an ordained minister within the Salvation Army and has extensive workforce experience, including serving as an Executive Director for them for over 20 years. A variety of leadership positions in the non-profit sector and in public service have given her a wealth of knowledge and experience within the business world as well as leading the spiritual growth of individuals and congregations.