Women Who Wrote the World: The Importance of the Female Voice in the Study of Literature

If you’ve ever taken a traditional English/literature class, you may have noticed that many of the authors you read (particularly if the class moved in any sort of sequential order) were white males. While there are many wonderful and worthy works of literature produced by white males (and they certainly deserve to be studied), it is important to diversify the canon and broaden horizons as readers to achieve maximum exposure and to cultivate a more meaningful reading experience. Because the canon was monopolized for so long and because time is SO limited (meaning that there is no way everything can be taught in a year—or even four!), some teachers, parents, and students find it difficult to know where to begin. The list of notable female authors is lengthy and can be intimidating, after all, and some people feel daunted by selecting which authors are most worthy of study. First, I would encourage you to release that pressure and just begin. Below, I’ve got a few tips for you.

How to incorporate the female voice into your student’s (or your personal) study:

All of these women (plus many, many more) paved the way for a multitude of voices, and because each of these women nudged the barriers placed against them, the publishing world has become more inclusive, allowing all of us the opportunity to learn about experiences other than our own.

Or this list of 10 inspiring authors to read: https://www.theguardian.com/books/booksblog/2016/apr/06/10-inspiring-female-writers-you-need-to-read 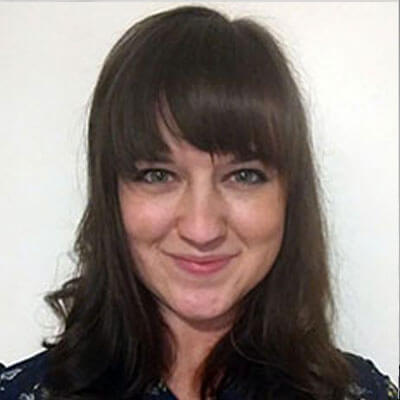 Jess Woods graduated from Indiana University with a degree in English Education. Upon graduating she taught in a public high school for three years before deciding to stay home with her children.  Since 2013, she has been teaching middle school and high school English courses online.  Jess is a life-long reader and writer.  She comes alive in the company of words and music, and she has a passion for literature that reaches through every part of her being.  She believes wholeheartedly that each person has a relevant voice and perspective, and she eagerly teaches her students to embrace their individual voices by exploring their own thoughts and learning to confidently articulate them.  It is her desire to encourage growth in all students (regardless of their love for English courses…or lack thereof).  She considers it a tremendous success if she can awaken a love of literature and/or composition in her students. Jess currently resides in Alabama with her pastor-husband, Josh.  The couple has three children, two dogs, and two cats.  While reading and writing are clearly on the top of her hobby list, Jess also enjoys all things musical, cooking competition shows, hiking, running, and traveling.