In English II: World Literature, we span history and culture to get a glimpse of lives very different than our own. Ruta Sepetys’ work Between Shades of Gray is the story of a sixteen year old girl from Lithuania who is exiled with her family to Siberia under Joseph Stalin. She keeps her hope alive by drawing throughout her time in exile. This historical fiction work is often very eye-opening to students as they learn that more people were killed under Stalin than under Hitler, although our modern history books often skip these important events happening almost parallel to WWII.

This very open-ended, rubric-graded assignment asked students to explore the novel in greater depth in some sort of creative way. Options included writing a journal from a character’s perspective, creating artwork that may have been similar to some of the art the main character drew, doing historical research, exploring the theme, acting out a scene, etc. I give suggestions, but allow students to come up with their own ideas and submit them for approval ahead of time. I love to see how deeply students immerse themselves in the work through creative projects and I’m often completely blown away by their insight and talent!

This WikiProject was completed by Karina, who focused on the theme of courage and how it was seen in the main characters of the work.  She did a terrific job combining important quotes, her own interpretation, and relevant historical photos she found. This is just a small portion of her very comprehensive project, but the two pictures below give you a glimpse of her deep insight. The second photo is a screenshot that continues the longer quotes that were cut off from the first picture. 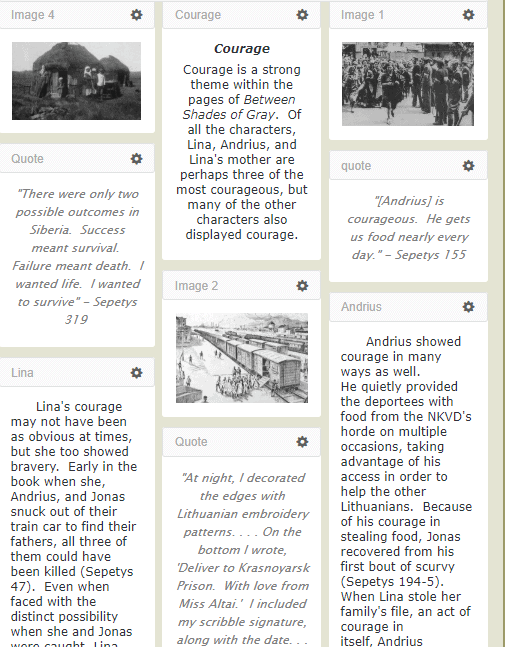 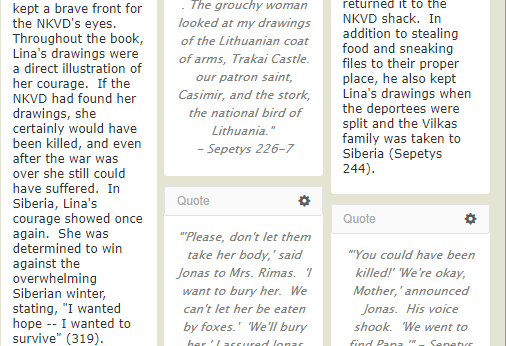 Next, take a look at Gabbie’s artwork below! Impressively talented, isn’t she? In this piece the main character was asked to draw the portrait of an officer that was particularly cruel to the captives, and this is what she had envisioned and wanted to create as she was struggling to draw a portrait that would be pleasing to the officer. If she had gotten to draw him the way she’d wanted, this is probably exactly what the main character would have produced! Way to capture it, Gabbie! 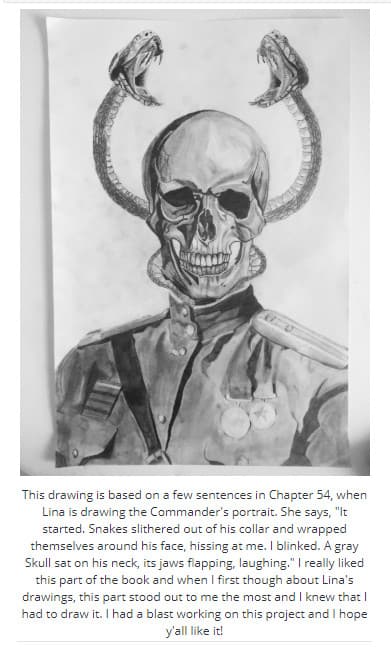 Finally, Matthew created a powerful journal from one of the character’s perspectives. In this excerpt from one of the entries he wrote, the character had snuck out of the cattle cars in which the captives were transported to Siberia and was searching for his father, who had been separated from the family.  The train had stopped at a station and he was risking his life by hunting for him. He made it back to his mother’s car safely, but only after being discovered and beaten by some guards and narrowly escaping. This scene is very brief in the book – Matthew brings it to life as he gets inside this character’s head below with depth and emotion:

“Then they gestured for me to stand and screeched, “Davai!” until I rose to my feet. They repeated this process more times than I am able to remember. Each time I had to stand back up it was with an ever-increasing amount of pain. Rather than succumb to it, I thought of my homeland that had been stolen, of my father, of Lina and Jonas, and of all the others being abused. I buried my sorrow and it was rage that emerged. This fury deep within me enabled me to endure the beatings, but I couldn’t let it escape. After they were satisfied, they knocked me down one last time and left me lying in the gravel. It felt as if all of me was covered in cuts and bruises. I was certainly bleeding. As the pain further sunk in, one thought pervaded my mind: I had to get back to my train, to my mother. If the guards returned and found me in the same spot, God only knows what they would do to me. So I crawled. Handful by handful I slid myself along the ground, the gravel grinding into my already bludgeoned body. It was as if I was watching my hands move without instructing them to do so. I do not know how long it took, but somehow I made it. I rolled under my train car. I laid there consumed by pain and hatred until suddenly something beautiful appeared from inside the train car. It was the face of Lina peering down at me. I was safe.”

Bravo to Karina, Gabbie, and Matthew and thank you for letting me share your talented projects! If you’d like to learn more about my classes or get in touch, see my teacher pages at: https://excelsiorclasses.com/jenny-cutler/. 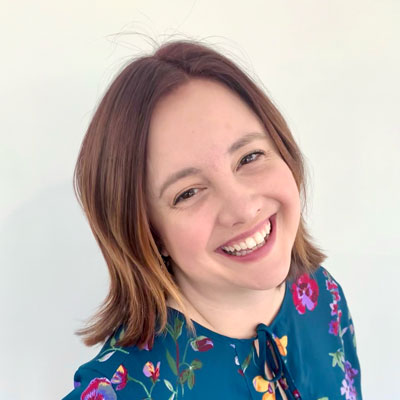 Jenny Cutler graduated in 2005 with a B.A. in Education, and in 2012 with a Master’s Degree in Multicultural Education, both from Eastern University.  Jenny taught in both private and public schools until she had her first child and decided to stay home with him.  She ran a tutoring business during her first few years as a stay at home parent but found teaching online to be an ideal fit for her, and she made the switch in 2014.