The Book vs. the Movie: More Than Meets the Eye

Which is better: Michelangelo’s The Creation of Adam on the Sistine Chapel ceiling or Haydn’s oratorio The Creation? While you might prefer one over the other, it’s unfair to declare one as “better” because they are completely different art forms.

How many times have you been excited to see a new movie based on a book you love, only to be disappointed that the “movie wasn’t as good as the book”? Maybe the movie left out characters or changed the plot or just didn’t portray the story the way you did in your mind.

Before I began studying adaptation theory, I failed to view film as a literary form in its own right. After learning how screenwriters adapt books for the screen and why directors make certain choices, I have a deeper appreciation for and understanding of this visual medium and the impactful way it tells a story in a single sitting.

Why Novels and Films are So Different

Novels and films both tell stories, and they both teach us about ourselves and the world around us. But they do so in very different ways. Therefore, we should evaluate and appreciate them as artistically different.

Novels rely completely on words for storytelling. As a result, authors can shape their stories by incorporating the thoughts, feelings, and motivations of characters. They can describe scenes and events—even imaginary ones—with vivid detail. Authors are masters at weaving words together to create just the right tone, mood, and impact, but they are still limited to words.

Films must use different techniques to accomplish the same goals—techniques such as lighting, camera angles, music, special effects, and, of course, acting. While film characters do use words, their stories are propelled and developed primarily through other means. You’ve heard that a picture is worth a thousand words. One perfect camera shot with the right lighting, the perfect sound effect, and an intentional gesture or facial expression on the part of an actor can sum up pages of descriptive text.

Authors rely on readers to fill in some of the details of a scene with the help of their own imaginations. Even the most descriptive of authors can’t tell you every single detail about a room, so a set designer (like a reader) has to fill in those gaps. As a result, it took a whole team many days and dollars to create Miss Havisham’s room from Great Expectations. Charles Dickens created the scene with just a few sentences: “I entered, therefore, and found myself in a pretty large room, well lighted with wax candles. No glimpse of daylight was to be seen in it. It was a dressing-room, as I supposed from the furniture. . . . But prominent in it was a draped table with a gilded looking-glass, and that I made out at first sight to be a fine lady’s dressing-table.” Both the textual and the cinematic versions of this scene are worthy of our appreciation.

Why Is Understanding Adaptation Important?

Every year, more and more literature (both classical and popular) is adapted for the screen. Rather than being passive viewers of these films, we should practice actively analyzing and interpreting them just as we do text. We should contemplate how a visual form of symbolism in a film compares to the written form of that symbolism in a novel. We should even consider how text and film can manipulate our emotions differently.

In many classrooms, teachers have used movies merely as rewards for reading books. Now teachers are recognizing film as a different way of viewing text—a way that encourages analytical thinking and helps students better understand the elements of both mediums. It’s no wonder that film adaptation has become a popular high school and college literature course in the past few years.

In Excelsior Classes’ one-semester English course “From Bookshelf to Box Office: Literary Film Adaptation,” high school students will dive into adaptation history, theory, and analysis. They will read literature and study award-winning adaptations that cover a wide variety of genres and time periods. And they will probably eat a little popcorn along the way! 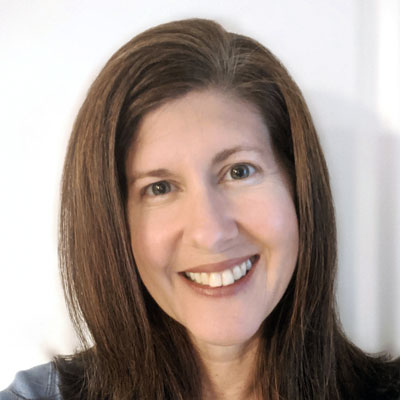 When it was time for their children to start school, Dawn and her husband Rod moved the family from an Atlanta suburb to the North Georgia mountains, acquired way too many animals, and spent the next 12 years homeschooling. Their daughter Ansley recently graduated from Samford University with a double major in English and Theatre, and their son Beck is a Communication major on a golf scholarship at Lee University.